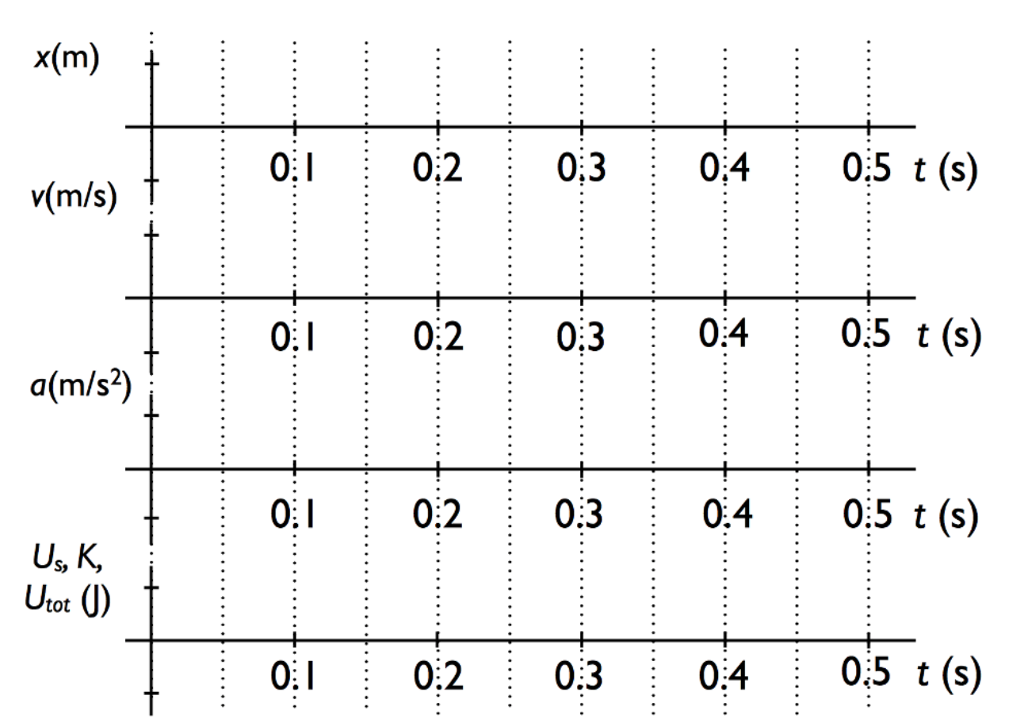 2. If the mass oscillating on the spring from question 1 is replaced with four times the initial mass, and the mass displaced by x = 0.5 m and released from rest, draw axes below and sketch the resulting graph of position versus time for this new mass, carefully labeling the time axis, and showing at least one full period of this oscillation.