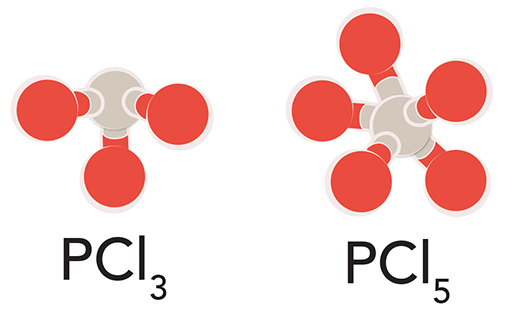 Write balanced equations for the two reactions of white phosphorous with chlorine.

b) Design an experiment that could be performed to verify each synthesis reaction. Include a hypothesis relating to whether PCl3 or PCl5 will be produced, information about the initial masses you would use, and possible problems that might arise.

c) Explain how your experiment will confirm the conservation of matter for each reaction.

d) Based on the ratio of moles of reactants in each case, predict the product of each trial of your experiment (PCl3 or PCl5) using your chosen initial masses. Explain your reasoning, and show any calculations

e) Suppose you choose the initial masses so that both reactions produce PCl3. Explain how both of these chemical reactions obey the law of definite proportions, even though they produce different numbers of moles of the product. Justify your answer with calculations.